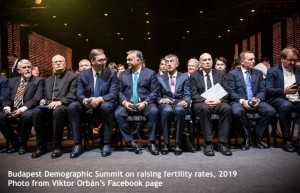 Hungarian victim support organizations PATENT Association and NANE Women’s Rights Association were concerned and outraged to learn that on Monday, directly after Mothers’ Day, KDNP issued a political statement calling for the rejection of the Council of Europe Convention on preventing and combating violence against women and domestic violence (the Istanbul Convention). The Convention was signed by Hungary in 2014, but has not been ratified since, despite the fact that the Convention’s provisions would be vital for the protection of victims and the prevention of violence.


A representative of the governing coalition party (Hajnalka Juhász, KDNP) called on parliamentary groups to join in rejecting the Convention’s ratification. Fidesz swiftly assured the Hungarian public that they agree with KDNP’s statement, which gained traction with unusual speed at next day’s (Tuesday’s) parliamentary debate and vote, resulting in a decision against the Convention’s ratification.

This means that those of us who had been hoping that at one point, the provisions of the Convention for the protection of women would improve the safety of Hungarian women must now part with that notion. If only the governing parties would have reacted so quickly to the fact that the number of domestic violence cases has doubled during the lockdown.